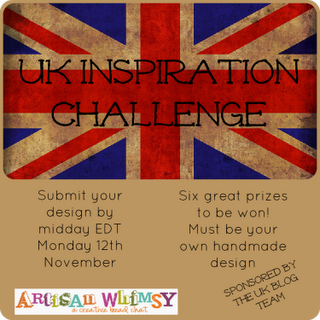 It is time to reveal the UK Inspiration Challenge sponsored by the UK Blog Team.  The rule were easy, pick one or more home places of the members from UK Blog Team and create a piece which was inspired by that location in the UK.  The locations to chose from are:

Dorset - Lesley Wats' home
Edinburgh - Rebecca Anderson's home
Bath - Pippa Chandler's home
Isle of Wright - Teresa Hulley's home
Liverpool - Natalie McKenna's home
Southampton - Jo Tinley's home
I chose two locations Dorset and Edinburgh.  Why you asks out of all to the places to choose did I pick those two?  Well it is easy.  Dorset is the home of my friend Lesley Wats and Edinburgh because I have Scottish roots. Dorset is a county in the southwest part of England along the English Channel.  It covers and area of 2,653 sq. kilometers that is approximately 1,024 sq. miles.  Most of the population lives in the southeast Dorset conurbation, while the rest of the county is largely rural with low population density.  The county has a long history of human settlement going back to the Neolithic era.
Dorset has a varied landscape featuring broad elevated chalk downs, steep limestone ridges, and low-lying clay valleys.  Over half of the county is designated as an area of outstanding natural beauty and three quarters of it's coastline is a world heritage site.  Agriculture was traditionally the major industry of Dorset, but is in decline and now tourism has became important to the economy.
Dorset county is the birthplace of the author Thomas Hardy who used the county as the principle setting of his novels, and William Barnes who's poetry reflects the ancient Dorset dialect. 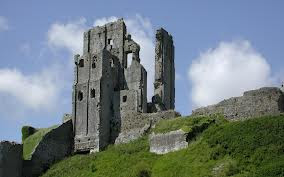 Corfe Castle captured and destroyed by Cromwell's army in 1646 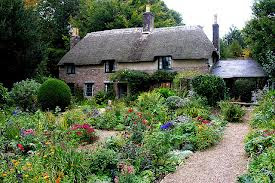 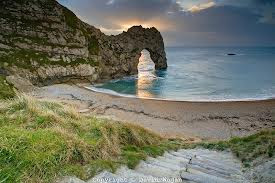 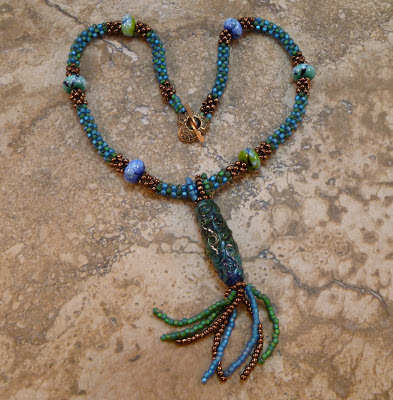 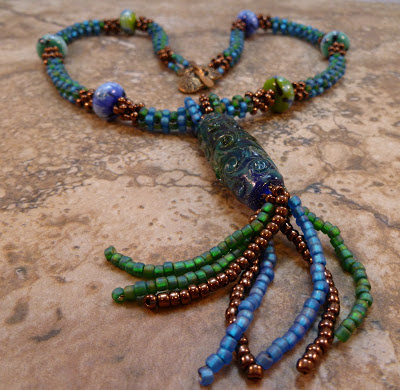 The glass lamp worked bead I used were made by Juli Cannon of Studiojuls. The focal bead was perfect to represent the swirling coastal waters the spacer beads represent the blue sky, the green grass, and the aqua blue water.  I used one of Lesley Wats' bronze clay heart toggles (if you want to see more of Lesley's pieces go here) to finish off my piece.

Edinburgh is a vast and historical city.  It's history goes all the way back to the Bronze age.  Edinburgh is the Capitol of Scotland and the seat of the Scottish parliament and government.  To learn more about Edinburgh go to wikipedia.org. 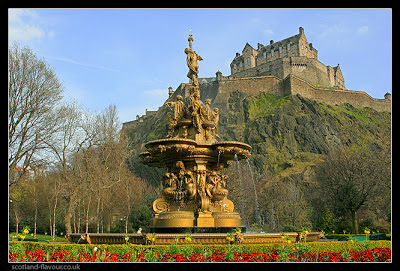 I chose Edinburgh, because my Great grand Father came from Scotland.  I am not sure from just where in Scotland though. His sir name is Cochrane and when his family came to the United States in the late 1800's they settled in Salisbury, PA.

Tartan of the Cochrane clan

Here is my piece that was inspired by Edinburgh. 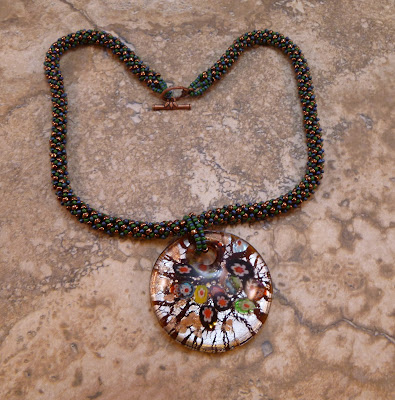 I used the Russian Spiral stitch to create the neck rope for the glass pendant.  In the spiral I used blue and green size 11 seed beads and bronze size 8 seed beads. the colors in the rope and glass pendant represent the colors in my family tartan and the colors of the green grass, blue sky, and the volcanic rock that Edinburgh is built on. 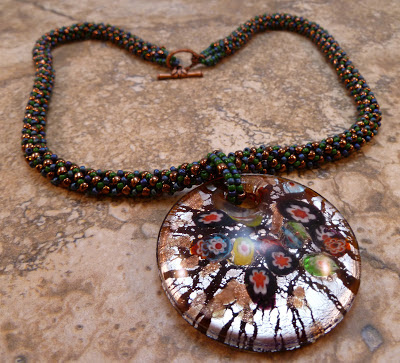 Well there you have it my pieces inspired by Dorset, England and Edinburgh, Scotland.  If you wish to see more inspired pieces please go and visit the following other participants in this challenge.

Posted by Therese's Treasures at 9:59 PM