Wow I am so sorry that I missed last Saturday's post for week 13- Have Faith.  Here is what Sally  had to say about the prompt "Have Faith"...

Faith is to believe what you do not see; the reward of this faith is to see what you believe.
~ Augustine

Montgomery is where the bus boycott took place when Rosa Parks refused to give up her seat in the front of the bus to a white male and move to the back of the bus.  Montgomery is where Martin Luther King Jr. preached in the Dexter Avenue Baptist Church, which is now named The Martin Luther King Jr. Dexter Avenue Memorial Church.
Montgomery is where the Southern Poverty Law Center is located where citizens civil rights are still fought for today.
Because of the faith of some very strong people that were willing to stand up and fight for what is right for a human being the United States would still be segregated and we would not have a black man for President, or any other race other than white, or even a woman one day for President.  The struggle is not over, but it is certainly less then it was Sixty years ago. 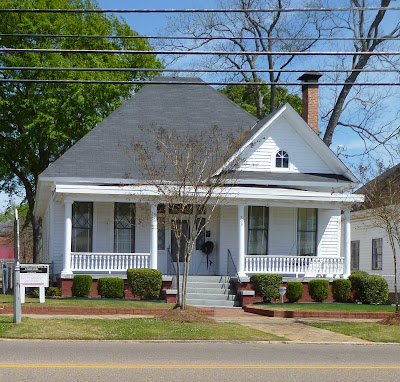 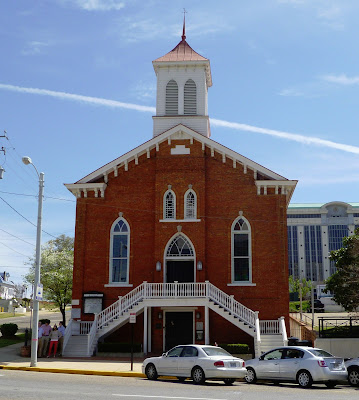 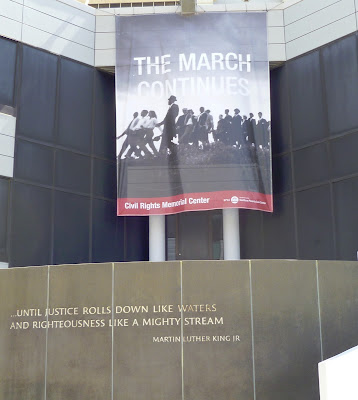 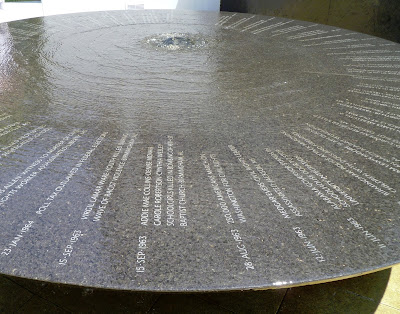 Yes, I am thankful for those that had strong faith and fought for the right to be a respected human being, which helped establish the civil rights for all human beings.

The macro shot!
Start exploring the details of the ordinary up close and
glimpse a world that you may never have noticed until you observed it magnified!  Get up close and personal with the subject of your choice and snap a macro shot!

How close can you get? 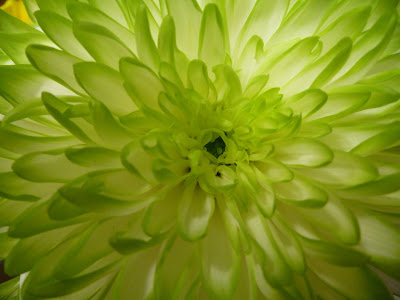 This is a shot of a green tinted Chrysanthemum that was part of an Easter flower arrangement on my Sister's dinning room table. 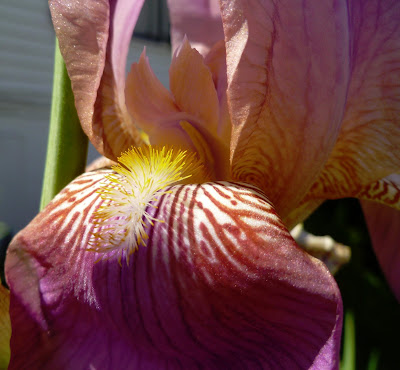 This is an Bearded Iris that I took while I was on my walk around downtown Montgomery taking the photos of the "Have Faith" prompts.
I enjoy taking close up photos of flowers you never know what is going to be revealed when you get close up.

Well there y'all have it two weeks in one post.  If you want to see more interesting "Up Close" shots head on over to Sally's blog and check them out.

Posted by Therese's Treasures at 5:50 PM